homal burst into Pändra’s bedroom without knocking and skidded to a halt.

Pändra startled to her feet at the desk where she’d been flipping through some paperbacks.

He did his own startling on the inside, his stomach see-sawing at the sight of her.

She appeared like she smelled now, so…fresh. Her black eyes were no longer flat and dead, and her facial structure had lost some of its toughness. Was it because she was sans immortality ring now? Or because she was their prisoner and cowed a bit? Or was it all an illusion created by what she was wearing: light gray stretch pants and a tank top in lavender, both of which showed off her nubile hotness to the nth degree and seemed way too plain and nice for her usual sleaziness. A wayward tendril of blonde hair had escaped her braid to curl demurely against her throat, and her bare feet displayed cute little toes squishing into the carpet that simultaneously made him want to crack them off at the stem and paint a cool, retro design on each nail—something that would totally fit her. And how the hell would he know that?

He hardened his jaw. He was sick and damned tired of feeling batshit crazy around this woman. “Go over to the bed,” he ordered her.

No reaction. Not a single thing registered on the little ol’ wifey’s face, not surprise or a go blow yourself, not the hint of scorn or even a desire to smoke-check his balls. Nothing.

Thomal smiled sharply. Nicely done. But he was too good at reading adversaries not to sense the heightened tension in Pändra, despite her robotic outerwear. He prowled forward, circling her, tasting her scent in the back of his throat. “When I come in here to feed,” he said in low, distinct syllables, “you are to stand over by the bed, your back against the bedpost, hands at you side. Do. You. Understand?” He stopped in front of her, trying to make himself look threatening, but found himself distracted by the front of her tank top. Was she wearing a bra? The way her nipples pushed out from the cotton like bubblegum balls, he’d say not.

She shrugged. “Very well.” She took up position at the bed as he’d described, her hands wrapped around the post behind her. The posture thrust out her breasts, her tank top pulling taut across the two succulent, generous mounds, the sweet peaks, both nipple and aureole now, outlined against the fabric.

Ignore it, Costache. He strode up close to her. A misting of perspiration glistened in her cleavage, and he found ruthless satisfaction with that. This close, her scent wafted into the core of his brain like an opiate, settling the thumpity-bumpity his insides had been going through for, hell, days now. His upper lip quivered toward a sneer. He hated that she made him feel okay.He leaned into her, stacking his hands one on top of the other on the bedpost just above her head, his chest crushing her breasts. He licked his lips, his blood thrumming a wild beat. His strike was purposely aggressive, his fangs plunging deep, the suction of his mouth rough. Blood poured onto his tongue, too fast, too much, drowning his cells. His knees shook from the rush of sensation. He couldn’t get over how good this woman tasted. Salty-sweet.Rejuvenating.Right.His.

Pändra squirmed a little. Not from discomfort, despite his lack of gentlemanly treatment, but in pleasure from the elixir he was pumping into her. She released a low moan and pressed closer. The answering force of his own desire nearly made him go bug-eyed with the effort it took to hold it back. He needed to get his fangs out of her. But the newly awakened part of him only wanted to fill himself up with her, so full he’d never feel wrong again. How hosed was that? This woman was actually poison.

Forcing himself to wrench out his fangs, he jolted backward, the rapid cadence of his breathing matching hers.

Her gaze was smoky with desire. She tilted her chin up, her lips soft with invitation. 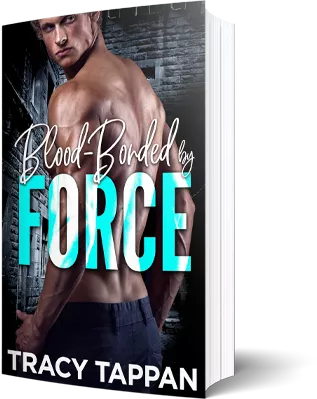