"Tracy writes with such authority about the military!"

Get in and get out—he treats his relationships just like his high-stakes missions.

“Mrs. Tappan writes one of the best accounts of today's military fighting man/woman... The characters are so real, and the story so enthralling, that you don't want to put the book down!”

Lieutenant Kyle “Mikey” Hammond operates on self-destruct: wild partying, one-night stands, and toxic relationships. Right on target, the night before he’s due to provide security for a journalist in Pakistan, he pulls a pre-emptive screwup with her. Never one to make a bad situation better, he continues to go heavy on the flirtation. When undeniable feelings for the spunky, unshakeable woman grow, it’s time to pull another one of his usual moves: bail out.

A master at dealing with violent terrorists, LA Times journalist Samantha Dougin is called in to negotiate the release of four American hostages. But something fishy is going on, and her days reel between insane, high-speed danger and tense downtime. Shamelessly curious, Samantha must - as a woman and a reporter - take advantage of the lulls to strip the charismatic Navy lieutenant of his potent charm. Their explosive battles ignite passion in the bedroom, but just as their feelings for each other deepen, time runs out.

A devastating deception catapults the mission into Defcon Holy Crap, and with the lives of four hostages on the line, Kyle and Samantha have no choice but to hurl themselves blindly into the worst.

The bestselling and award-winning Wings of Gold Series IS BACK with a brand-new thrilling standalone romance where two total opposites discover they’re made for each other.

BONUS CONTENT: Includes an emotional journal entry from a real-life pilot who survived a helicopter crash. 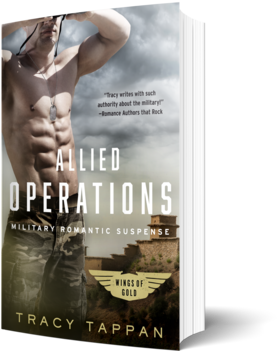 The characters are so real, and the story so enthralling...

As a reader of most of the leading paranormal romance series, I can confidently say Tracy Tappan has earned a spot alongside JR Ward, Kresley Cole and the like.

Tracy Tappan takes you on a journey full of danger ...

Tracy Tappan takes you on a journey full of danger, alpha males ready to rescue ladies in distress alongside women who don't need rescuing thank you very much. They're strong too!! Put them all together in impossible situations shake well and voila you've got a journey you won't want to end!!!

If you like action, romance and suspense, this book has it all!

OMGosh! This story made me laugh and cry. Tracy has a way of making you feel like you're on the side lines watching the story play out. I loved how Kyle and Max both had issues, but they worked through them together and helped Kyle to purge the negative thoughts he had and to tell Sienna to take a hike! 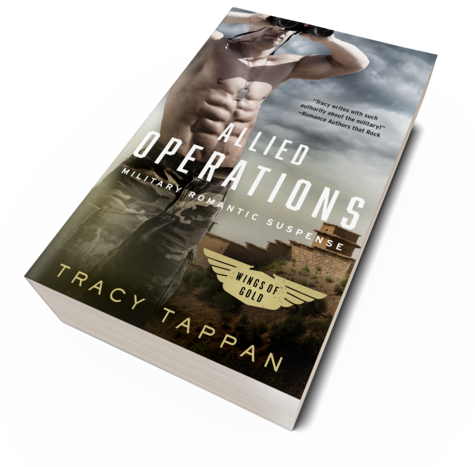