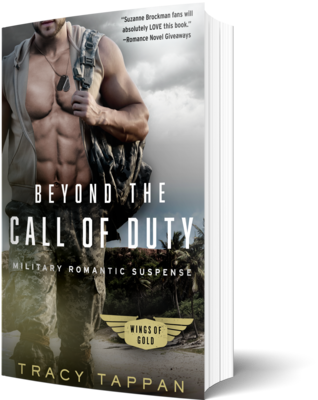 moment later a second rope dropped down in front of Nicole, this one with metal rings woven into it at regular intervals. Setting down the radio, she swung her harness’s lanyard over her shoulder, grabbed the metal clasp on the end of it, then secured herself to one of the rope rings.

Her partner, Ryan Aagaard, charged out of the submarine.

She picked up the radio again. “I’m attached,” she told the pilots in the hovering helicopter.

She started to rise slowly, the harness pulling against her armpits and thighs.

Ryan raced up to the rope and deftly hooked up on the loop two below hers. Bastard.

They both lifted off the ground, dangling like the last two chili peppers on a vine, booted feet swaying. They ascended steadily toward the opening at the top of the cave where they’d just taken down a perp.

She glared down at Aagaard.

His face was turned up to her, his eyes flinty.

The temptation to waffle-iron the design of her boot sole onto his face was nearly impossible to suppress.

As they popped through the top of the rock into open air, she squinted skyward, catching sight of the underside of Eric’s helicopter. After the quiet of the cave, the thunder of rotors was deafening. The wind sucked her black cargo pants to her legs and whipped her ponytail into a snarl.

They flew along, floating in the blue sea of the sky. Within five minutes, they arrived at the small Catalina Island airfield they were using as a base. The helo lowered, dropping Aagaard to his feet—he unhooked—then her boots touched down. She unhooked. The helicopter edged sideways, presumably to land on the large circle painted on the concrete, but she didn’t stick around to watch.

She took off for the tower, long strides eating the pavement.

Ryan was at her side in two paces. “You’ve got the wrong idea about what just happened on that mission, Nicole.”

She squared her chin and walked faster, nearing the doorway into the tower.

She whirled, and with a hard downward chop of her hand, crashed his hold off her.

“I have two black belts in martial arts!” she shouted into her partner’s face. “Do you ever bother to remember I’m more than a pair of tits?”

“Hey, what’s going on?” Eric jogged up to them, tugging off his helmet. “Are you two okay?” Behind him, the helicopter’s rotors were still turning.

Aagaard kept his eyes on her. “That wasn’t about your ability to fight. It was about distraction. The perp was going to blow us to Kingdom Come. I couldn’t see any other way to handle the situation than what we did. You either, or you would’ve mentioned it. I knew it would work. And it did.”

“Congratulations.” Her voice came out of a dark pit in her stomach. “You’ve seen my breasts now, Ryan. Maybe you—”

“What?” The one word cracked out of Eric like a bullet from a gun.

“—finally stop being a jerk.”

Ryan’s face flushed a strangled shade of red. “You’re out of your skull if you think that’s what this was about.”

“Right. Then why do you keep blushing?” Nicole reached for the door handle to the tower.

She shot icicles at him with her eyes and deepened her voice to a threatening rasp. “Everyone needs to stop touching me.”

“No, Eric, I’m not okay.” She turned to face him fully. “I haven’t been okay since you waltzed into my life and pretended to have sex with me.” She planted her hands on her hips. “You wanted me to think about us. All right. I have. Plenty. And I want you out of my life, immediately and permanently. You were in my head that whole mission, making a basket case out of me. I hate myself when I’m around you. I told you that! You bring out the worst in me.”

Eric’s eyes darkened to the shade of a bruise. “I don’t agree,” he said quietly. And like a sucker punch, the realization hit her, stealing her next breath. The pain in his gaze wasn’t for himself and her callous rejection. But for her.

Her voice cracked. “Doesn’t anyone know that I have capabilities? Do I even trust that anymore?” She threw out her arms. “My head is so scrambled and backwards I just let myself get manipulated into flashing my tits at Dynamite Man. Maybe that was the only thing to do. I have no idea. But it feels horrible, and…I’m so sick of prostituting myself.” She looked at Aagaard. “I said I’d find a new partner after this mission was over, so consider me out. Hunt down Alejandro Carrera with someone else, Aagaard, because I need to be officially done with you.”

She turned her attention back to Eric. “You’re getting the boot, too. This is it, Eric. Leave me alone.”

Into the heated, churning silence, a Cessna’s prop engine whirred by overhead, sounding like a child’s toy.

No? Luckily, her cell vibrated in her pants, because she had no idea how to respond to that. She fished her phone out of the leg pocket of her cargoes and glanced at the screen. The message was from her mother…

As she read it, she felt the blood wash out of her face. “Dios mio,” she breathed in Spanish, and bolted into the tower.